Plant a tree in memory of Betsy
An environmentally-friendly option 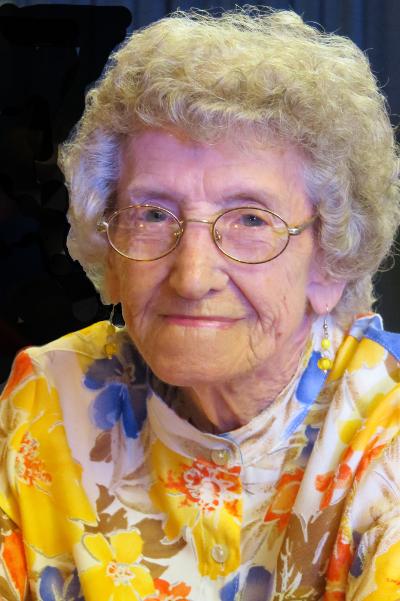 Betsy Ann Cox, of Marietta passed away on Friday, July 30th, 2021 at the age of 85, surrounded by loving family and friends.  Daughter of Walter Ray and Elizabeth Helen (Pryor) Curry, she was born January 22, 1936 on the family farm just outside of Watertown, Ohio.

Betsy graduated from Marietta High School in 1955 and went to work in the office of a glass company on the west side of Marietta. From there she went to Public Debt for 10 years, then to Marietta Memorial Hospital in 1976 as a data processor, retiring in 1999.  She lived in Watertown, Ohio until 1994 then moved to Marietta where she resided until her death.  A woman of strong faith, Betsy was affiliated with the Church of the Nazarene.

Arrangements are being taken care of by McCurdy Funeral Home in Beverly, with no visitation being observed.  A private graveside service will be held at a later date, with burial in the family cemetery on the farm.

Plant a tree in memory of Betsy by clicking here.
To send flowers to Betsy's family, please visit our floral store.

Plant a tree in memory of Betsy
An environmentally-friendly option

Plant a tree in memory of Betsy

1 tree planted in memory of Betsy

A Close friend ... We used to go out to eat then drive around and look at the Christmas lights ...This is the first we heard ... I and the wife are deeply saddened  ..she will be missed

So sorry to hear of Betsy passing. She was such a sweet lady. Prayers for the family.

Betsy was such a bright light at Hannah’s House. Such a warm, caring person. Her rest is well earned!

You were always such sweet lady working in the data processing ,at mmh always willing to help when we would call with our questions .RIP Betsy

We knew her from the hospital, where we worked. She was always so kind and always a smile on her face. Sincere sympathies sent to her family.

Plant a tree in memory of Betsy